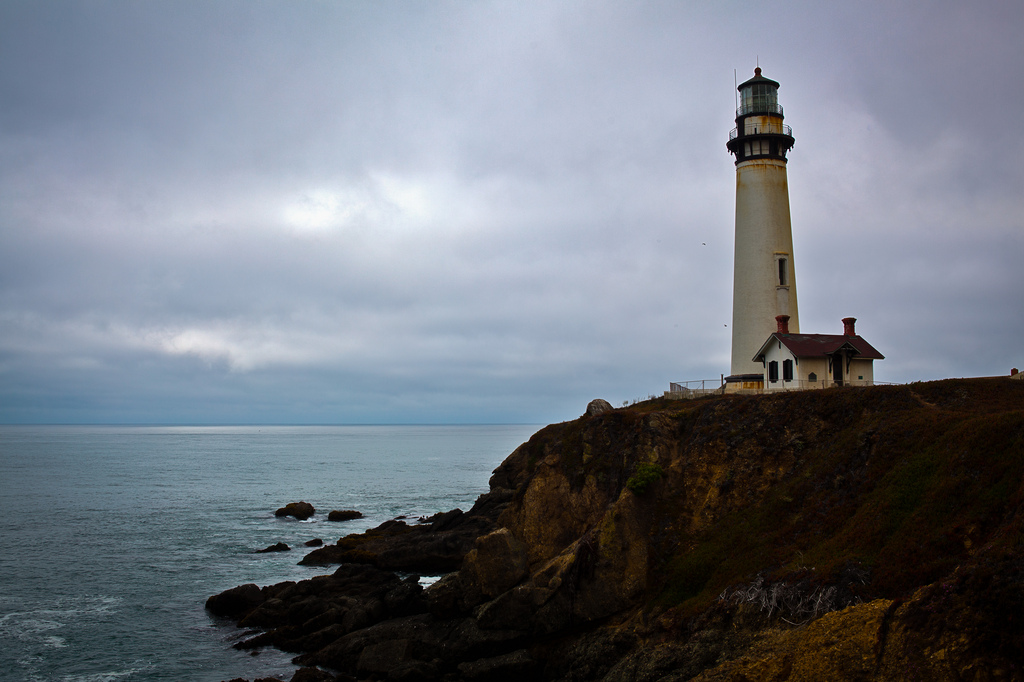 While recently assembling the brew log page, I realized that I haven’t written about anything other than brewing beer in quite a while. When I initially started writing I had four primary concepts in mind – a blend of food, beer, travel, and photography. Over time it seems some of these have fallen by the wayside in favor of my brewing posts. So, this post is a bit of catch up for the non-brewing category.

Over the last few years I’ve made it a special point to plan special weekend birthday getaway vacations. The San Francisco bay area offers convenient access to a number of great getaway locales. I’ve been keeping a list of spots and with Jennie’s help I’ve been slowly working my way through them. A few years ago we did a bed & breakfast up in Sonoma County in the quiet town of
Monte Rio. It was a quiet and quaint getaway featuring an amazing scenic coastal drive, a memorably awful Mexican birthday dinner and a lazy summer afternoon canoeing down the Russian River.

As seems to usually be the case, the adventure began with a leisurely trip along the coast. We planned for a late lunch in the little town of Pescadero at a place Jennie knew of called Duarte’s Tavern. As it turns out, this little restaurant had been featured on an episode of one of my secret obsessions, Diners, Drive-ins and Dives. Their specialties include artichoke and green chile soups, cioppino, and berry pies.

Jennie picked a 50/50 mix of the two soups and I had the fish sandwich. The half and half soup is not on the menu, but if you’re in the know you can ask for it. Of course, we couldn’t leave without sharing the mixed berry pie. Duarte’s is famous for is their pies. The most famous is their Olallieberry pie. Many of their fresh fruit and produce ingredients come from a large garden behind the restaurant. The seafood is also locally sourced from daily catches in the nearby Half Moon Bay. All of the food was delicious and provided a perfect start to our weekend.

Our next stop on our journey was the Pigeon Point Lighthouse. Adjacent to the lighthouse is a hostel. The lighthouse is no longer active and parts of it are fenced off due to deteriorating conditions. However, visitors are still allowed access to the base and some of the surrounding areas. Despite the fences, it’s a wonderfully scenic stop along the way and an interesting piece of history.

Our day of leisurely coastal driving came to a close as we found our way to our hotel in Monterey at the far end of the Cannery Row. We checked into the Plaza Hotel and then checked out the main strip of the Cannery Row in search of a spot for drinks and dinner. After surveying the options, we eventually found ourselves at Bullwacker’s for dinner. The mediocre pub food met our tourist expectations and we retired for the evening happy with our adventure so far, looking forward to what the next day had in store.

We spent the following morning at the aquarium. It was packed with visitors of all ages and as the day progressed the crowds continued to grow. Fortunately, we had purchased our tickets in advance and were able to breeze through the will call line. Later in the afternoon, the ticket line stretched down the block outside the building.

The exhibits we saw included wide variety of jellyfish, seahorses, penguins, and all sorts of actual fish. Tuna, hammerhead sharks, schools of sardines, flounder and many more. Aside from the great big tanks there were also touching tanks where visitors had an opportunity to feel various ocean life including things like kelp and even rays. The aquarium promotes the science of ocean life as much as it simply puts it on display with many interactive educational displays.

Later in the afternoon after a lunch break at the Cannery Row Brewing Company as the aquarium crowds thickened, we decided we had seen most of what the aquarium had to offer and set off to explore some of the surrounding area. Headed off on foot away from the row, we visited a nearby wharf full of more touristy shops and restaurants. Along the way we discovered a pier where local fishermen hung out. At the end, an outcropping of rocks hosted hundreds of sea lions, gulls, and cormorants.

In an attempt to recover from last year’s Mexican debacle Jennie picked out a fancy restaurant for my birthday dinner. We ended up at the C, the Continental Hotel’s restaurant on Cannery Row. I had the surf & turf – grilled Angus New York steak and Diver Sea scallops with Yukon Gold potato gratin, grilled asparagus, and a Madeira sauce while Jennie had the grilled asparagus and mac-n-cheese. Along with the main course we also enjoyed a nice bottle of red wine and the house made bread served with a spread of whipped butter, lemon juice and goat cheese. It ended up being a great dinner and end to a wonderful day out as tourists.

We ended the weekend driving around the area a bit looking for sea otters and stopping at some of the road side areas to enjoy the scenery. Not coming up with any otter sightings and our appetites growing, we eventually gave up the creature hunt and instead turned our attention to tracking down lunch. Hidden away in the city of Monterey was another well rated establishment Jennie had read about, Lopez Restaurante Y Cantina. On an early Sunday afternoon we nearly had the place entirely to ourselves. Once sufficiently stuffed with chips, salsa, and other wonderful Mexican fare we continued on our journey back home.

All told, it was another great birthday getaway I’m sure won’t be forgotten any time soon. It was definitely a stark contrast playing tourist compared to the prior year’s quiet private retreat. I certainly look forward to whatever adventure the next one holds.