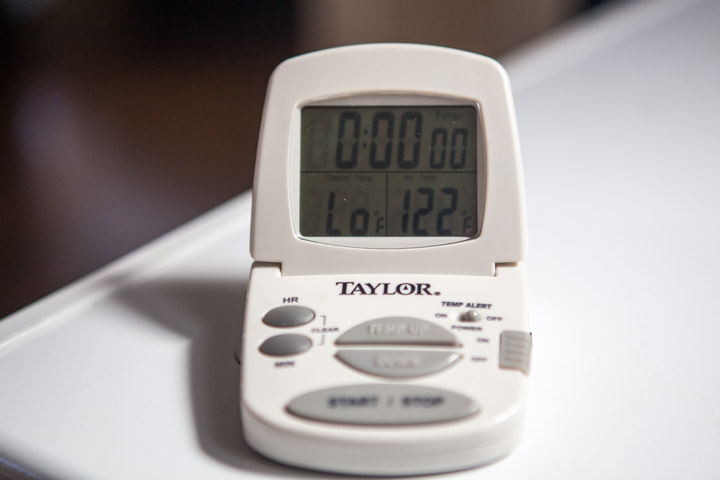 Temperature Alarm: This works great in the HLT to know when strike or sparge water has reached its target temperature.  It can also be used in the boil kettle to notify you when the wort is approaching a boiling point and the most susceptible to boil overs.

Timer: Use this to keep track of when the mash and boil are done.  You’ll still need to keep track of your boil additions since there is only a single alarm.  The timer even works when the probe isn’t connected.

Remote Probe: The metal temperature probe is attached to a long cord and plugs into the base unit.  The probe can be suspended in the MLT, BK, or HLT for the duration of any step to constantly monitor temperatures.

Tilting Display: The digital display can be tilted to make it easily viewed from different angles.

Magnetic Base: A pair of magnets on the back of the unit make it an easy option to hang.  This is probably designed for sticking to the front of an oven door, but depending on your brewery configuration it may still be valuable.

Batteries: An easily accessible battery compartment in the back holds a pair of common AAA batteries.  No special or hard to find batteries are necessary.

There is one major problem with this unit.  While being one of its major selling points, the remote temperature probe also ends up being the biggest downfall.  There are a couple of flaws with the probe.

First, the probe connection is not completely watertight.  It is possible for liquid to get into the probe around the crimp in the end where the cord connects.  This can cause either bad temperature readings or complete reading failures.  Fortunately in many of these cases the probe can be dried out and continue to properly function.  It’s important to be careful when placing the probe so that it is suspended in any mash, water or wort in a way that keeps the crimped probe end out of the liquid.  This limitation also means that any temperature readings will usually be constrained to the top portion of the liquid and that temperature gradients throughout the liquid volume could give a false sense of the overall temperature being sampled. 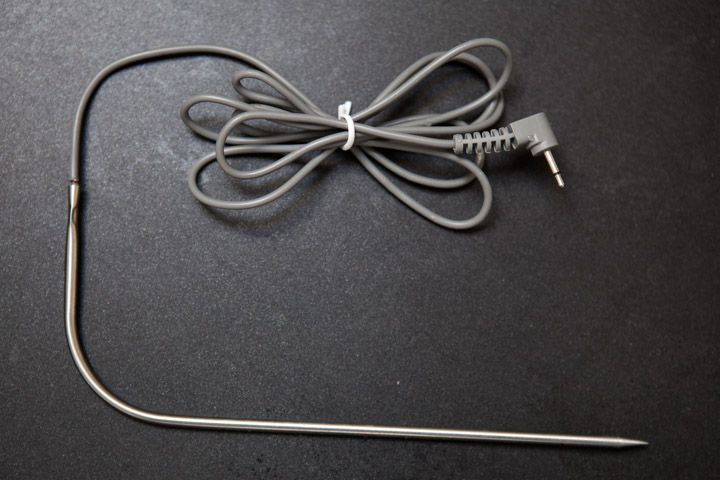 The second issue with the probe is the cord that it is connected to.  The wire is extremely flimsy and easily broken if not handled with care.  Once the wire is broken the probe may either start causing intermittent reading failures or even be rendered entirely useless.  The good news here is that new replacement probes are sold.  The bad news is that the cost of the probe is almost as much as the entire unit.

In either case the most likely area of failure in the probe has to do with the crimp area where the wire enters the probe body.  One possible option for improving and extending the life of the probe would be to apply a small piece of heat shrink tubing in this area.  This would help both to keep liquid from getting into the probe and to strengthen the weakest part of the wire.

Overall this is a great piece of kit to add to your brewery on a budget.  Even if the temperature probe fails, the base unit can still function as a handy timer.  As long as the probe is handled with care, a long life can be had from the unit.