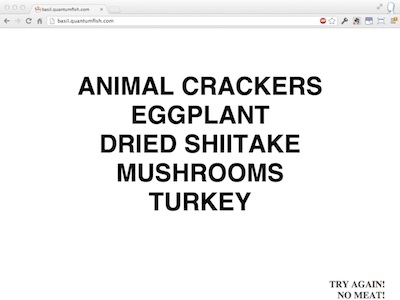 The original basil project was a grand vision that never existed beyond the initial prototype phase. This reincarnation is a stripped down weekend project version is a simple randomized ingredient mystery basket generator inspired by shows such as the Food Network’s Chopped series. It is a Node.js application built using the Express framework and MongoDB data store. I also whipped up a quick PHP version for generating ingredient lists for homebrew beer recipes as a later version.