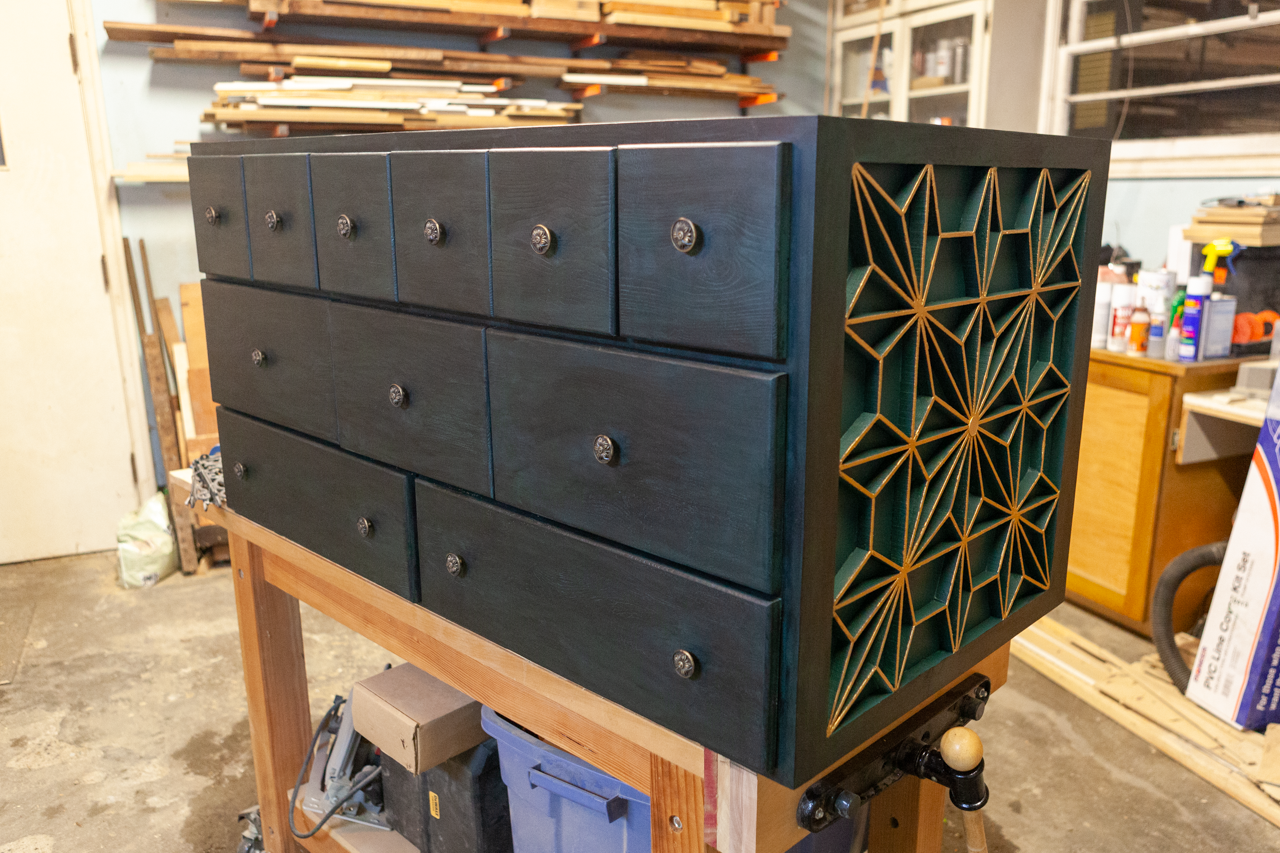 I started this project with two initial goals. Primarily, I had a growing stockpile of reclaimed material I wanted to use up. Additionally I didn’t want to spend too much time front-loading the design of the project. I knew I wanted to build a low chest of drawers and worked out an initial set of dimensions (2’x2’x4’). The rest of it, I would work out organically as the build went along. The carcasse is constructed from reclaimed ship lap Douglas Fir boards. Most of these boards had originally been used as wall cladding and were reclaimed during remodeling. The house was built in 1949, so I suspect some of this material is at least 70 years old. The remaining woods include other bits of reclaimed 2x4’s (both original and modern day) for the trim work, and a set of original shop drawers that were cut down for the drawer boxes, and some scrap pine for the drawer faces. The drawers are fitted to slide on waxed wooden rails. Other than the drawer pulls (from Amazon), there are no other metal parts or fasteners. The joinery consists primarily of rabbets, dadoes, and glue. The Kumiko patterns are made using the same Douglas Fir material cut into thin strips on the bandsaw and then glued into place. The finish is HVLP sprayed General Finishes Milk Paint (a tinted mix of Lamp Black and Westminster Green), black paste wax, and hand brushed gold chalk paint. 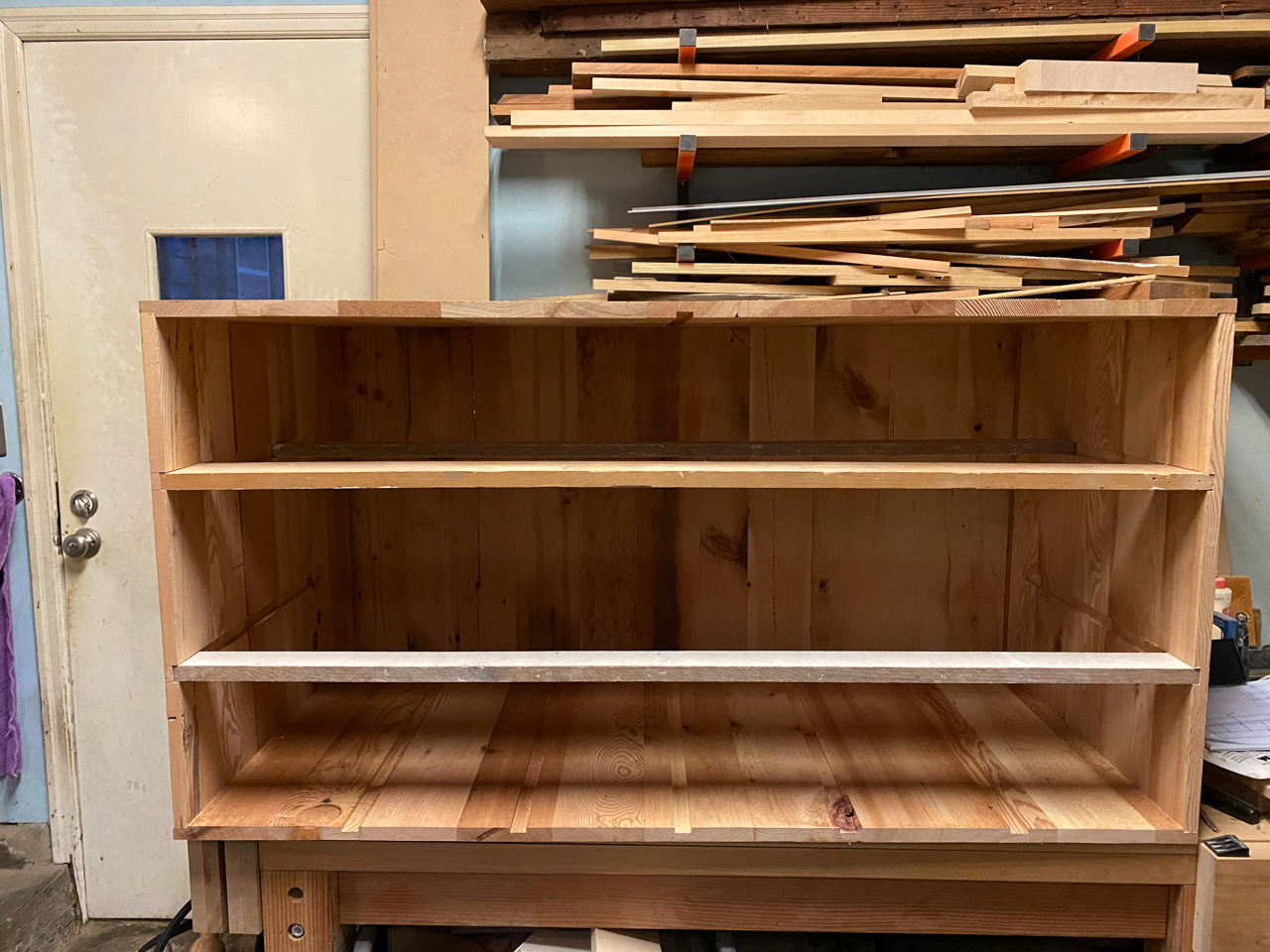 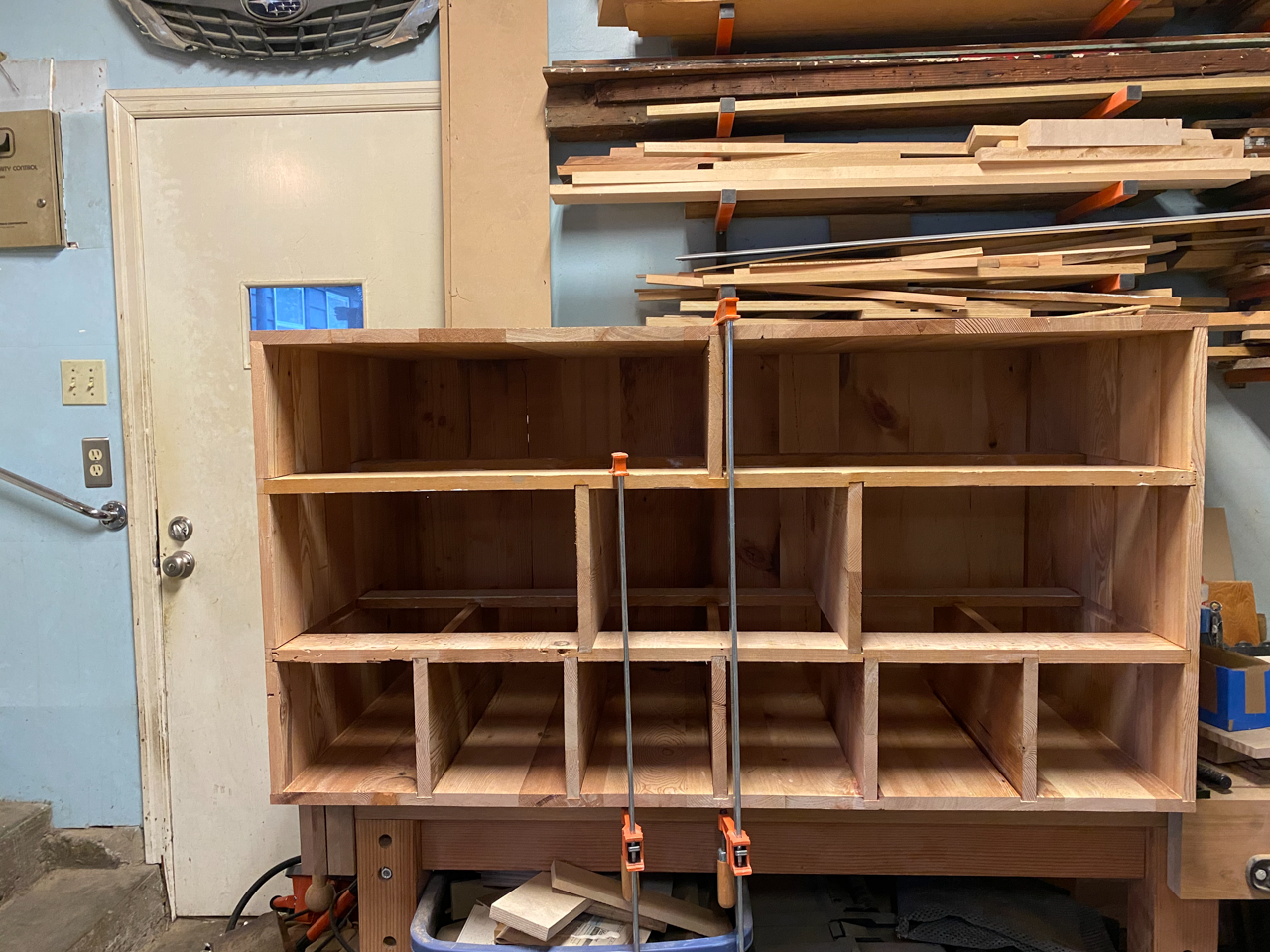 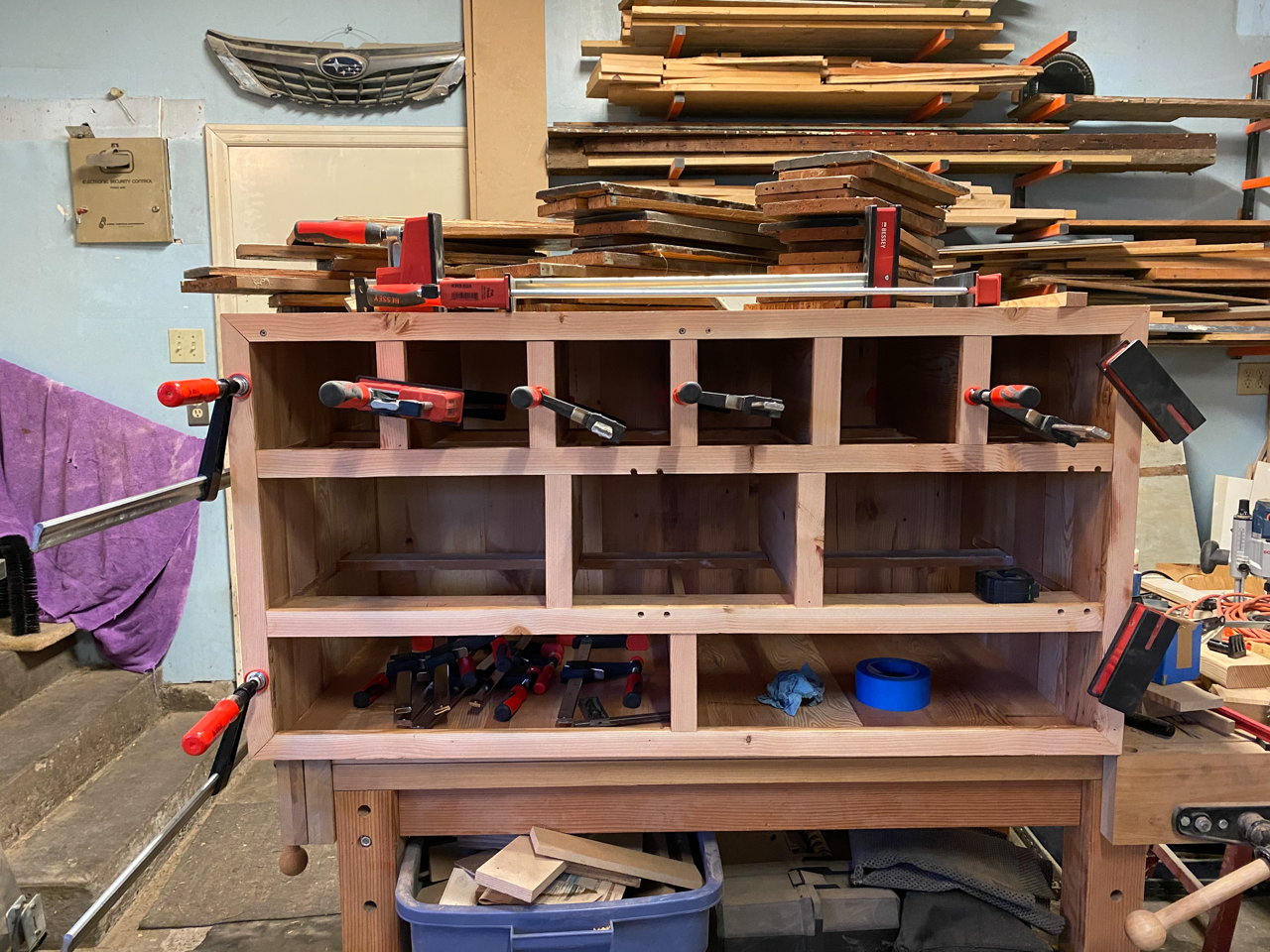 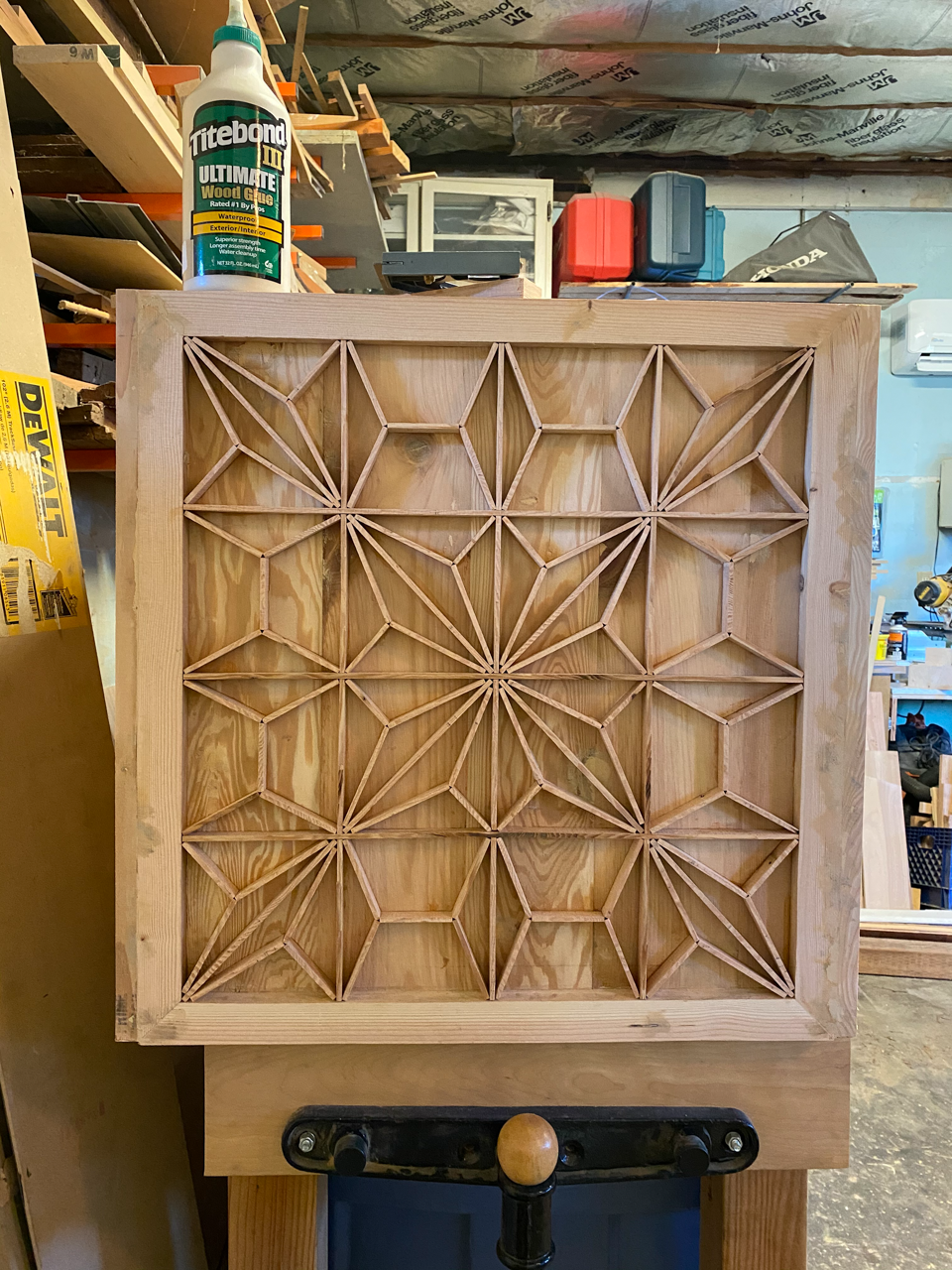 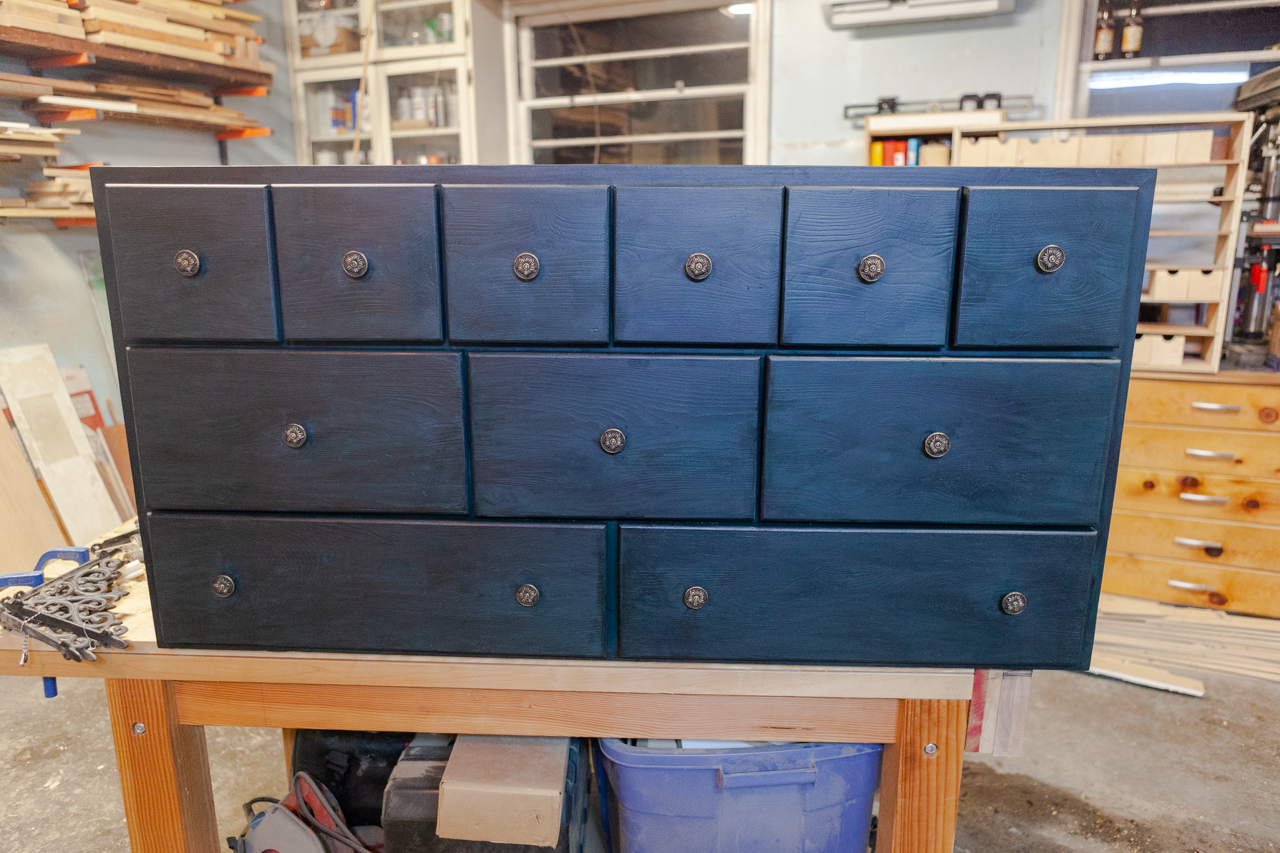 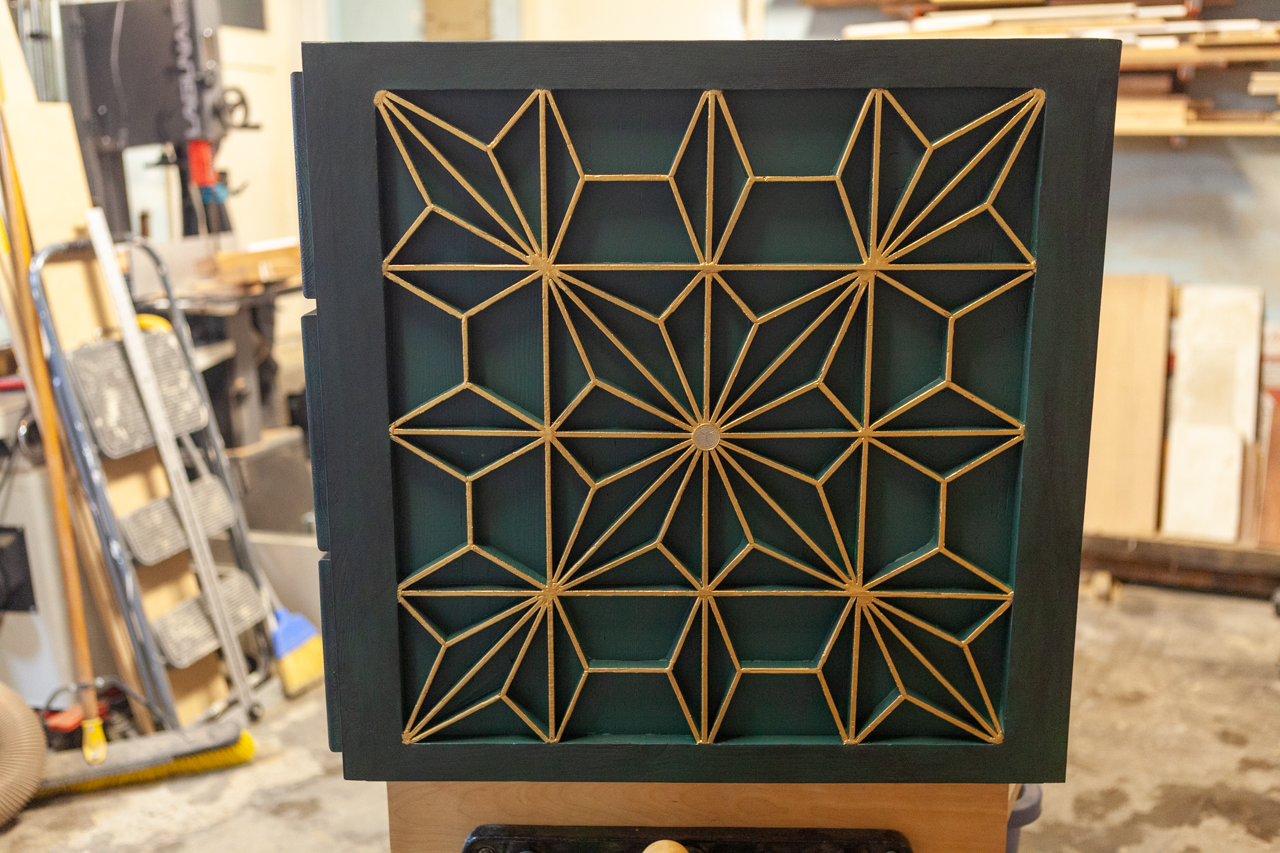 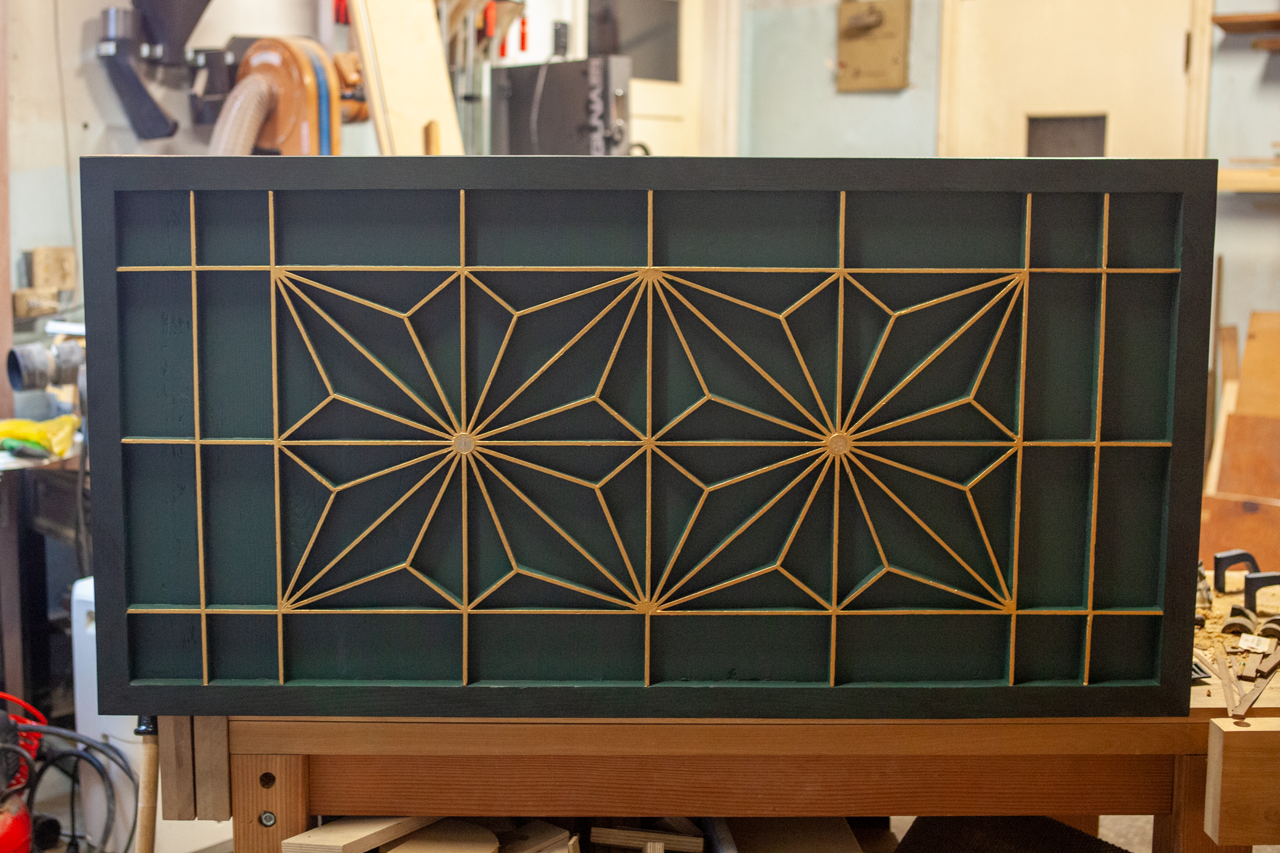